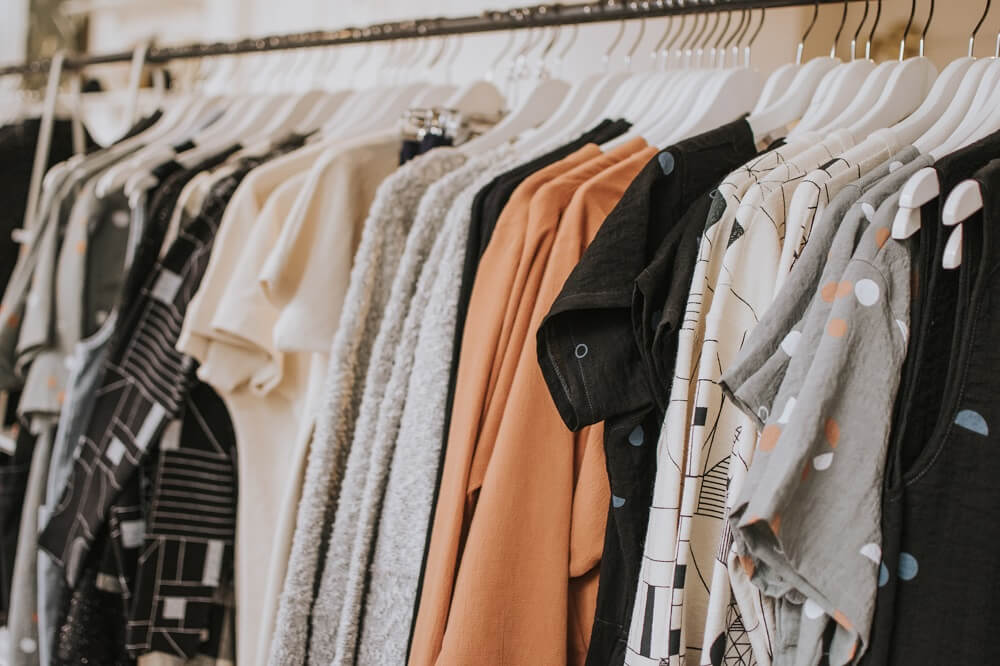 CJEU Cofemel decision applied by UK court for the first time: “complete conformity” with EU law would preclude any requirement of aesthetic appeal

Earlier this week, the Intellectual Property Enterprise Court (a specialist court which is part of the Business and Property Courts of the High Court of Justice of England and Wales) issued its decision in Response Clothing Ltd v The Edinburgh Woollen Mill Ltd [2020] EWHC 148 (IPEC) (29 January 2020) (‘Response’).

This is the first UK judgment tackling the implications of the recent decision of the Court of Justice of the European Union (‘CJEU’) in Cofemel, C-683/17 (‘Cofemel’, discussed here).

The claimant, Response, is a clothing company; the defendant, EWM, is a major retailer of clothing with about 400 stores in the UK.

Between 2009 and 2012, Response supplied EWM with ladies tops made of a jacquard fabric of a design referred to as a ‘wave arrangement’. In 2012, Response attempted to raise the price of the tops, but EWM refused. The latter then provided a sample of Response’s top or a swatch of its fabric to other garment suppliers, with an invitation to supply tops made from a similar fabric. A few companies got the order over time, and supplied garments made from jacquard fabric.

Response sued EWM for copyright infringement, claiming that protection would subsist in its wave arrangement as either a graphic work, in accordance with s4(2) of the UK Copyright, Designs and Patents Act 1988 (‘CDPA’), or a work of artistic craftmanship, this being a category in respect of which no statutory definition is provided.

It should be recalled that the UK has a closed list of protectable copyright subject-matter. This has traditionally meant that, in order to claim copyright protection, there should be not just an original work, but also a work of the ‘right kind’. In the past, certain types of less conventional subject-matter – including the Star Wars Stormtrooper Helmet and the assembly of a scene – were refused protection, while for works like TV formats uncertainties whether copyright protection would be available have subsisted for a long time.

The fabric as a graphic work?

The fabric as a work of artistic craftsmanship?

The judge thus turned to the consideration of whether copyright could subsist in the fabric as a work of artistic craftsmanship. To this end, he began by recalling the history of closed subject-matter categorization and the challenges that EU – or rather: CJEU-driven – harmonization have presented:

The Statute of Anne of 1709 was the world’s first copyright statute, although there had been some earlier common law giving rights to authors. The Statute was concerned with literary copyright. Since then, because Parliament has incrementally afforded copyright protection to other types of work, the law has become structured in the form of successive categories of copyright work. In the 300 years since the Statute of Anne a claimant has been required to show that his work falls within at least one of the categories identified for protection in the copyright statute of the day. In recent years, there may have developed a tension between the way this is approached in the 1988 Act and EU copyright directives which have entered into force.

He then noted that, if the fabric at issue could not be considered a work of artistic craftsmanship, then “the design knitted into it is not protected by any other provision of the 1988 Act”. This would be so because s1 CDPA is “clear”: “a work is only capable of being a copyright work if it falls within one of the three descriptions set out under subsection (1).”

The judge reviewed case law on works of artistic craftsmanship. He noted that, to determine whether the claimant’s fabric qualifies as such, it would be necessary to determine whether the employee who created it “was both (a) a craftsman in that he or she made the fabric in a skilful way, taking justified pride in his workmanship and (b) was an artist in that he or she used their creative ability to produce something which has aesthetic appeal.” (Bonz Group (Pty) Ltd v Cooke [1994] 3 N.Z.L.R. 216; ‘Bonz Group’). He was of the view that the claimant’s work could qualify for protection if this was the test. However, if the test was instead that of the House of Lords in George Hensher Ltd v Restawhile Upholstery (Lancs) Ltd [1976] AC 64 (a case decided under the 1956 UK Copyright Act), the conclusion could be that the claimant’s work may not qualify for protection.

At this point, HHJ Hacon turned to EU law and the interpretation given of it by the CJEU.

Before considering Cofemel, the judge recalled the earlier CJEU decision in Levola Hengelo, C-310/17 (discussed here), which clarified that the notion of ‘work’ is an autonomous concept of EU law. As such, it must receive uniform interpretation and application across the EU.

Turning to Cofemel, the judge recalled that in its decision “[t]he CJEU ruled that national law could not impose a requirement of aesthetic or artistic value.” Hence – the judge stated –

I take the view that, subject to my being satisfied that the [claimant’s fabric] is original in that its design was its author’s own intellectual creation, that design is a work within the meaning of art.2 of Directive 2001/29. If no sufficiently similar design existed before it was created, it must have been the expression of the author’s free and creative choices.

He continued noting that:

The issue, the judge explained, was “not whether Directive 2001/29 has the effect of removing all the gaps there may be in copyright protection available from a court at first instance for ‘works’ within the meaning of art.2 of the Directive, but whether it is possible to interpret s.4(1)(c) of the 1988 Act in conformity with art.2 of Directive 2001/29 such that the [claimant’s fabric] qualifies as a work of artistic craftsmanship and thereby its design becomes entitled to copyright protection. In my view it is, up to a point. Complete conformity with art.2, in particular as interpreted by the CJEU in Cofemel, would exclude any requirement that the [claimant’s fabric] has aesthetic appeal”.

HHJ Hacon found that he did not have to go that far, since the fabric did in fact have aesthetic appeal. He concluded that the claimant’s fabric was protected in accordance with the Bonz Group test and that copyright in it had been infringed.

This case, as mentioned, is the first in which a UK court has considered the CJEU judgment in Cofemel. What is interesting about it is the acknowledgment that, indeed, full compliance with it would probably require granting protection to an original work, irrespective of its aesthetic appeal (and, possibly, irrespective of the category it belongs to, as discussed here).

In this particular instance, the judge felt he did not have to go that far, as the fabric did possess such appeal.

However, even if this had not been the case, protection should have been acknowledged insofar as the subject-matter at issue qualified as an ‘original’ ‘work’ in the sense clarified by the CJEU. As noted here, Cofemel in itself did not arguably made any change to the law: it was a further step in the consistent approach that CJEU case law has had towards the requirements for copyright subsistence, this being a process which first began a little over 10 years ago with Infopaq, C-5/08 (‘Infopaq’) and arguably culminated in Flos, C-168/09 (‘Flos’).

In the former case, in fact, the CJEU removed the possibility of envisaging different standards of protection for different subject matter. If a work falls within the scope of application of Directive 2001/21, then protection only arises upon satisfying the requirement that it is its ‘author’s own intellectual creation’, that is the result of ‘free and creative choices’ (FAPL, C-403/08 and C-429/08) and something that carries the ‘personal touch’ of the author (Painer, C-145/10). As recently summarized by the Court in Funke Medien, C-469/17,

[I]t is for the national court to ascertain whether […] the author was able to make free and creative choices capable of conveying to the reader the originality of the subject matter at issue, the originality of which arises from the choice, sequence and combination of the words by which the author expressed his or her creativity in an original manner and achieved a result which is an intellectual creation […], whereas the mere intellectual effort and skill [is] not relevant in that regard […]

In Flos, the CJEU held that EU law prohibits Member States from denying copyright protection to designs that meet the requirements for copyright protection – including designs other than registered ones (subject to Article 17 of Directive 98/71) – and suggested that EU Member States cannot set any particular requirements as to how protection is to be secured. The implication of all this appeared to be that – if a design is eligible for protection under the InfoSoc Directive and is, as such, original in the sense clarified by the CJEU – then Member States cannot deny such protection. Such a reading of the Flos case is the one that, long before the Opinion of Advocate General (‘AG’) Szpunar in Cofemel, AG Jääskinen had proposed in Donner, C-5/11.The Flos decision gave rise to contrasting interpretations, and in the UK – for instance – led the repeal of s52 CDPA.

Overall, the Response decision employs a rather cautious language and confirms that, to be protected, a ‘work’ must (still) fall – at least formally – under one of the categories in s1 CDPA which – for the time being – must be interpreted in accordance with EU law. However, after a decade of CJEU case law, it appears preferable and more correct to adopt a less formalistic approach. It is worth recalling that – as early as 2010 – Arnold J (as he then was), in SAS Institute Inc v World Programming Ltd [2010] EWHC 1829 (Ch) (23 July 2010), noted that:

In the light of a number of recent judgments of the CJEU, it may be arguable that it is not a fatal objection to a claim that copyright subsists in a particular work that the work is not one of the kinds of work listed in section 1(1)(a) of the Copyright, Designs and Patents 1988 and defined elsewhere in that Act. Nevertheless, it remains clear that the putative copyright work must be a literary or artistic work within the meaning of Article 2(1) of the Berne Convention.

I am an Of Counsel in the IP team, and work between Milan and London on copyright and trade mark issues. I am also a law academic and have authored hundreds of articles on IP issues and two monographs on EU copyright law.