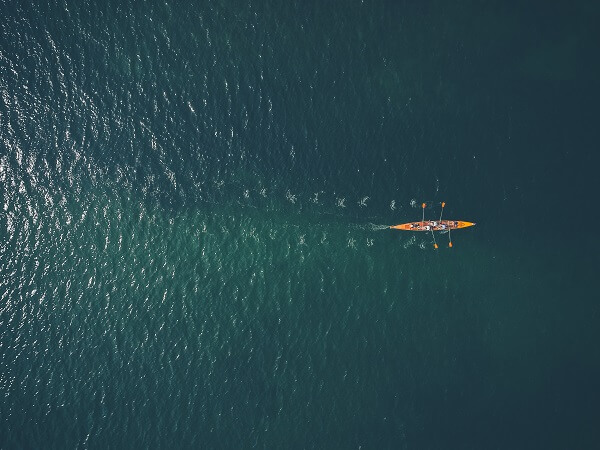 Design protection and copyright law is once again called into question. A UK judge recently rejected an application to strike-out a claim for copyright infringement of the iconic WaterRower, but the door remains open on whether it should be a “work of artistic craftsmanship”.

Rowers and fitness fans may well be familiar with the claimant’s water resistance rowing machine known as the WaterRower. There have been several iterations of the WaterRower; below is the first one:

The WaterRower has been recognised as an “iconic design” in the UK and the US. It features on TV and in various publications. It’s also on display in the MoMA New York, Conran Shop and Design Museum in London.

The defendant admitted copying the claimant’s machine but argued that the claim should be struck out as the WaterRower was not a “work of artistic craftsmanship” under section 4(1) of the Copyright, Designs and Patents Act 1988 (CDPA) as set out in the leading (and not entirely straightforward) House of Lords ruling in George Hensher Ltd v Restawile Upholstery (Lancs) Ltd [1976] AC 64.

What did the judge decide?

Spoiler alert: the judge refused to strike-out the case, so it will continue to proceed in the IPEC. (Waterrower (UK) Ltd v Liking Ltd t/a Topiom [2022] EWHC 2084 (IPEC).)

In reaching this decision the judge looked at both UK and EU law:

The judge agreed that the House of Lords decision in the Hensher case was not straightforward as the subsequent decisions in Lucasfilm Ltd v Ainsworth [2011] UKSC 39 and more recently Response Clothing Ltd v Edinburgh Woollen Mill Ltd [2020] EWHC 148 (IPEC) had found. However in this case, it wasn’t necessary for him to reduce the Law Lords’ findings in Hensher to a “snappy definition” of works of artistic craftsmanship.

The defendant also argued that the WaterRower would fail to attract copyright protection under the principles set out by the CJEU in the Cofemel (C-683/17) and Brompton (C-833/18) cases (which explored copyright protection in the design of G Star Raw’s jeans and the famous folding commuter bike, respectively) Both of these cases have sparked debate in the UK and Europe. You can read our previously published articles by clicking on the following links:

Although the parties agreed that the apparent inconsistencies between UK copyright law (with its closed categories) and EU law needed to be resolved in the future, the judge said that he did not need to do so now. He found that the claimant had real prospects of demonstrating that the designer had worked within the constraints for a water resistance rowing machine such that he was still able to exercise his own free and creative choices, and design the WaterRower in such a way that it reflected his personality.

Consequently, the judge concluded that the claimant had a real prospect of success under Cofemel/Brompton, as it did under Hensher, so there was no need to delve any deeper at this interim stage of the action.

Although the claimant can breathe a sigh of relief that the defendant’s strike-out application failed, the judge did not decide that its WaterRower is in fact a work of artistic craftsmanship; instead, he ruled out that this could not possibly be so. It will be now up to the Enterprise judge to determine further down the line at the trial, assuming the case is not settled before then…

So how to resolve the inconsistences between UK and EU law for products such as these remains for another day. The judge was very explicit in his decision not to rule on this point saying:

“…the defendant urged me to “grasp the nettle” and dispose of what he described as a “short point of law”. That would enable, he said, one of the parties to appeal to the Court of Appeal, and would allow the Court of Appeal an opportunity to consider the difficulties set out above. For my part, I do not consider the submissions put to me to amount to a short point of law. The interaction between the CDPA and Cofemel/Brompton is not a simple one. It is one which would appear to need to be resolved at some stage, by Parliament or the higher courts…”

We look forward to the day when a judge or Parliament does have to “grasp the nettle”. Guidance is needed on this very complex area for both the post-Brexit UK and the EU.

In the meantime, this decision is interesting because it highlights a move away from the quite rigid analysis that we in the UK have grown up with after Hensher, and towards a more open-minded way of thinking about copyright. So even though the UK is now outside the EU, it looks like the English mindset is currently moving in the same direction as on the continent.

I am the Professional Support Lawyer to Bird & Bird's market-leading Intellectual Property group in London.

Protecting design post-Brexit – some small steps in the right direction?