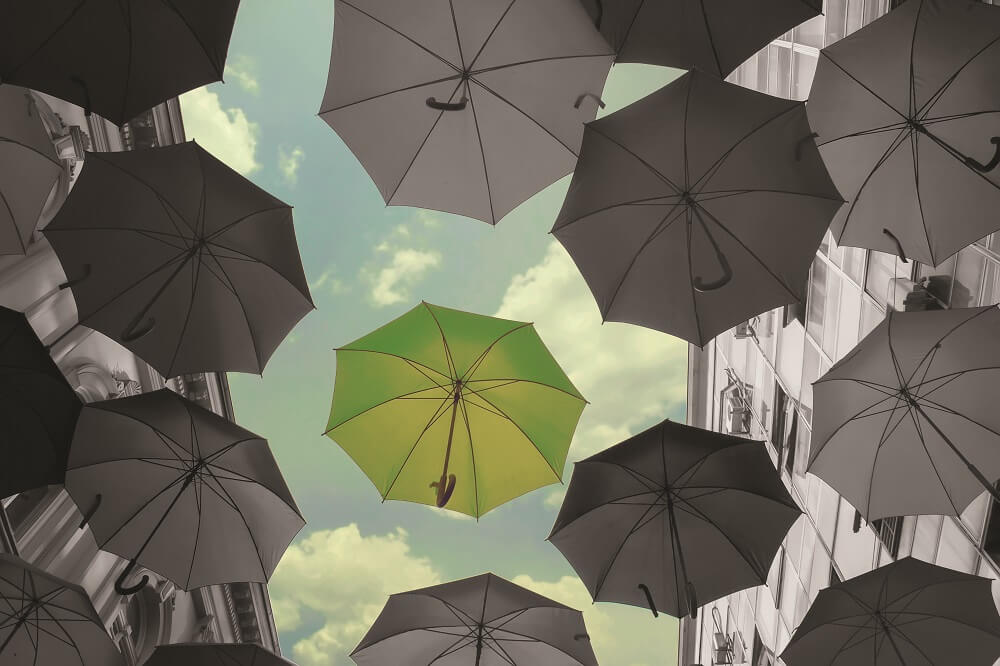 By overturning the decision of the Board of Appeal (‘BoA’) in Senz Technologies BV v OHIM and Implivia BV, the GC continues a recent tendency to accept a low threshold for individual character.

In response to an invalidity action brought before OHIM by Implava, first the Examining Division and later the Board of Appeal (BoA) invalidated the RCDs belonging to Senz Technologies (‘Senz’) for asymmetric umbrellas designed to better withstand stormy weather, as shown below:

In their view, these designs lacked individual character over an older U.S. utility patent application published on the U.S. patent register, some images of which are shown on page 15. Senz challenged the invalidity finding before the GC and questioned whether a U.S. patent publication could constitute relevant “prior art” in the sense of Article 7(1) CDR. Senz contended that U.S. patent publications would not be known in the specialised design circles in the EU, especially considering that no corresponding product had been marketed in the EU. This approach failed. The GC held that Senz failed to adduce the evidence necessary to substantiate such an allegation.

Senz also argued that the BoA erroneously found a lack of individual character, because its designs would produce a different overall impression on the informed user. The GC agreed. Even though there were important similarities between the respective designs, the GC noted:

This decision is interesting as it confirms that there is a high burden to exclude prior art on the basis that it would not be known in the relevant sector in the EU. Only prior art which could not reasonably have become known in the normal course of business to the circles specialised in the sector concerned operating within the EU would be excluded. This exception is to be interpreted strictly. The example traditionally given is that of an earlier design disclosed in a remote country of the world or a design that existed in the distant past but which has completely vanished from collective memory. Senz however failed to prove that U.S. patent publications would not be known to the relevant circles in the EU. In fact, the GC found that, considering the technical nature of the product at hand, designers of wind resistant umbrellas would even be expected to consult the relevant (patent) registries, including the U.S. registry. Patents can disclose the appearance of a product and can thus be relevant as sources of earlier disclosure. So, even though the circle of relevant persons is limited to those operating within the EU, their knowledge is not subject to any territorial limitation as, for obvious reasons, they do not operate in a closed off environment. This interpretation is in line with earlier decisions [1] and underlines the potential importance of carrying out extensive prior art searches in order to be confident in the validity of a Community design. With respect to the determination of individual character, it is remarkable that, even though the GC confirmed the findings of the BoA in many aspects, ultimately it overturned its decision and confirmed the validity of the contested design. Important to this decision seems to be the GC’s finding that, even though the overall shape of the older asymmetrical storm umbrella was revolutionary in its kind, informed users would still be able to perceive other (possibly minor) features distinguishing a younger umbrella design. That is especially true if the design at hand is largely determined by its technical requirements.

This decision seems to – rather generously – allow competitors to build further on what could be a revolutionary basic design. The GC confirms earlier decisions 2 setting a relatively low threshold for a finding of individual character and hence validity of Community designs.