On 10 September 2015, the General Court (GC) upheld the validity of a registered Community design (RCD) for a handbag owned by Yves Saint Laurent.

YSL is the owner of an RCD for a handbag, two representations of which are shown below: 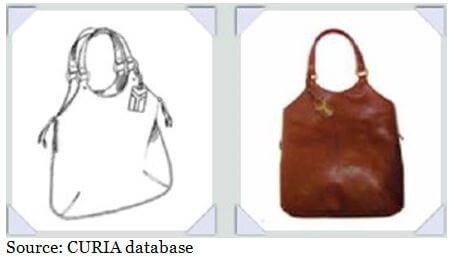 H&M had applied to OHIM to invalidate the RCD on the basis that it lacked the requisite individual character for validity when compared with an earlier handbag design, shown below: 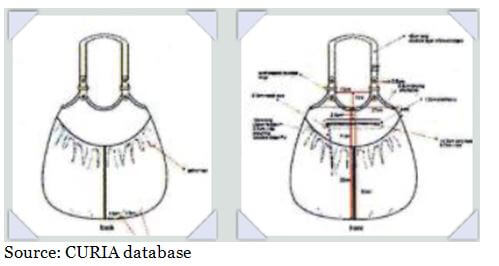 In November 2011, OHIM’s Cancellation Division rejected H&M’s application, finding that the RCD was valid. H&M appealed but this was dismissed by OHIM’s Board of Appeal (BoA) in July 2013, which found that despite a number of similarities, the significant differences with regard to the shape, structure and surface finish of the respective designs were decisive in a different overall impression being created on the informed user. This was despite the BoA finding that the degree of design freedom for handbags was high (the greater the design freedom, typically the greater the differences that will be required to create a different overall impression).

H&M appealed the BoA’s decision to the GC. However, the GC found that the BoA had correctly addressed the relevant issues, including assessing both the similarities and differences and their respective impact on the overall impression created, taking into account the high level of design freedom. The GC made clear that the starting point for the assessment of individual character of a design is the perception of the informed user and that design freedom is merely a factor (albeit an important one) to be taken into account so as to moderate that perception. The degree of design freedom is not therefore the starting point for the assessment of individual character per se, but simply something that should be taken into consideration in the assessment. Having found no fault with the BoA’s approach, the GC upheld the validity of the RCD.

This is the latest in a long line of high profile design cases in the fashion industry, again demonstrating the importance that design registrations play in this world.

Insofar as the GC’s decision confirms that design freedom is simply a factor to be taken into account when comparing the overall impressions created by the respective designs, rather than a separate test, it is uncontroversial. However, as a practical matter, given the importance of the degree of design freedom which exists for a particular product, this issue may need to be addressed in evidence, preferably from a suitably qualified design expert in that field.