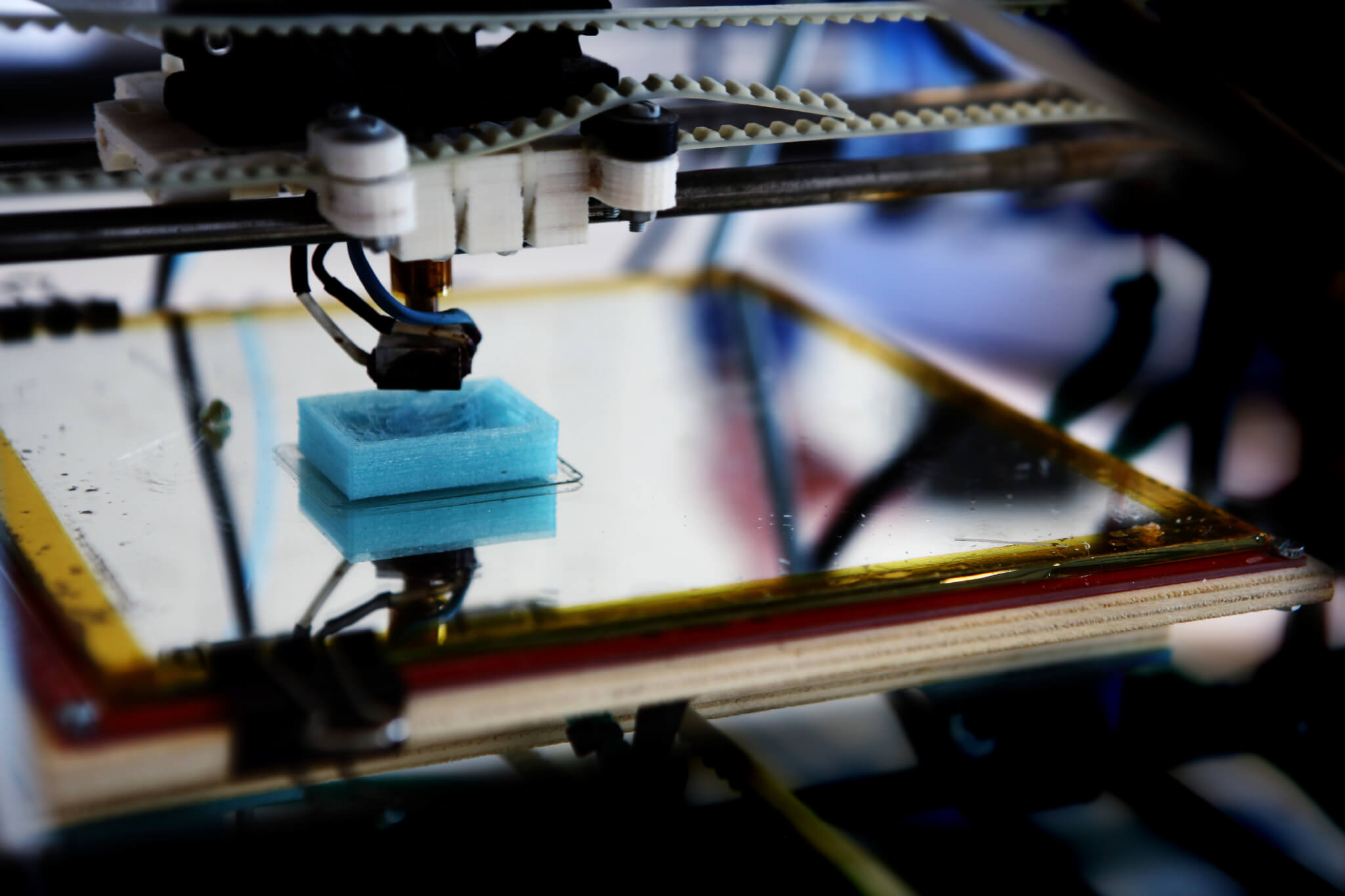 3D printing is set to revolutionise the way products, ranging from the everyday to highly specialist, are manufactured. In its recent report on disruptive technologies,[¹] the McKinsey Global Institute (MGI) identified 3D printing as one of the top 12 technology areas with the potential for massive impact on how people live and work, and on industries and economies.

In this article, Joe Berg of Prod Designs looks at what it is and how it might impact upon the world in which we live.

3D printing has recently become a hot topic in design, and with a raft of patents in the technology due to expire in a few months, 2014 will no doubt see an even greater acceleration in the adoption and development of the technology. Some are already hailing it as the next Industrial Revolution. Its effects can certainly be felt in a growing number of industries, and even now in the consumer’s home. But how does the technology work, what is it currently capable of and what effect will it have?

What is 3D printing and how does it work?

3D printing is a form of additive manufacturing, a process whereby models are built up, layer by layer. The process starts with a three dimensional digital file of the object created either using CAD (Computer Aided Design) software or by 3D scanning an existing object. The 3D printer software then divides the object in the file into hundreds or sometimes thousands of horizontal layers. The 3D printer then follows the build path, adding material where required until the layer is complete. The build then moves up a layer to repeat the process.

Common 3D printing processes include Fused Deposition Modelling, Selective Laser Sintering and Stereolithography, each using a slightly different method to deposit solid material in each layer of the build.

Fused Deposition Modelling extrudes a thin stream of molten plastic through the nozzle in its print head, which solidifies as it exits the model. Often FDM printers also extrude a support material where no permanent solid is required in the model, to support the printing of the next layer. This cellulose support material can then be removed after printing leaving just the solid object remaining.

Selective Laser Sintering covers the entire printer bed with a fine layer of powdered material. A laser beam then follows the build path, fusing the powder together where solid material is required. The bed is then coated with another layer of powder and the process is repeated, with the unfused powder acting as the support material.

Stereolithography is similar to SLS printing, in that a laser is used to fuse the raw material into a solid. The main difference is that rather than using a powder as the raw material, SLS bonds a liquid (usually a resin) with the laser.

Currently 3D printers are capable of producing highly accurate objects in a range of materials, including a range of plastics, metals, ceramics, glass and even living tissues. This wide variety of materials, colours and properties allows a huge range of applications, expanding as the technology develops further.

Commercial use of 3D printing

In the commercial domain, 3D printing has in fact been around for over 30 years now. Its main use is the rapid prototyping of design ideas for evaluation and testing. Designers employing an evolutionary prototyping process can send a 3D model of a design to print in the afternoon and collect it for testing the next morning. The model can then be developed further based on the testing, and the next iteration sent to print. This greatly speeds up the development of a product by reducing the time spent waiting for a model to test each iteration, when compared to, say, handmaking prototypes or batch production. As the technology has improved and more materials become compatible with the process (thereby allowing prototypes to be produced in the intended production material), the fidelity of testing has also greatly increased, enabling structural, mechanical and aesthetic testing at a much earlier stage of the design process and without the need for more costly full scale production processes.

Recently with the advancement in the technology, 3D printing has become capable of being deployed as a commercial manufacturing process. It enables bespoke pieces to be produced without costly tooling or the need to be produced by hand, thereby reducing the cost of creating highly individual products. 3D printing also greatly reduces manufacture time, eliminating set up times for machines, and time consuming hand finishing. This reduction in turnaround time has, for instance, enabled Formula One teams to develop and manufacture updated parts for their cars quickly enough to have them deployed in time for the next race, allowing constant improvement throughout a racing season.

3D printing has also made possible the manufacture of previously impossible features in products. Hollow items can be printed with complex internal structures, enabling reduction in material usage and therefore weight without comprising strength, which is ideal, for example, in aerospace applications. Natural hinges can be printed, as can movable ball and socket joints which are already connected (ideal for hip replacements). Previously impossible shapes are now popular amongst jewellery designers, with complex intricate patterns now achievable for manufacture even on a small scale.

One of the fastest growing areas of 3D printing are the desktop machines aimed for use in small offices or at home. It is now possible to buy the most basic 3D printers for as little as a few hundred pounds, and desktop FDM and SLA printers are now retailing at between £2-3,000, capable of printing a number of plastics with relative accuracy.

With some hailing this as the next industrial revolution, there can be no doubt that there is a growing demand for domestic 3D printing, with hobbyists and makers rapidly adopting the technology.

Though the technology available at this end of the market is currently quite limited in its capabilities, improvements will continue to trickle down from more professional machines to the benefit of the domestic offering.

One previous imitation to this growing market was the access to and ease of use of the software required to create the 3D files for printing. However, online shops where one can purchase 3D files (in just the same way as you might buy an album from iTunes) are starting to become widespread.

The commercial use of 3D printing for rapid prototyping is an established application and will continue to be employed with adoption steadily increasing as price of the equipment makes it more affordable for smaller firms to purchase their own 3D printers. However the most accelerated growth in the technology will be seen in the newer emerging markets. 3D printing will become more widely used as a manufacturing process, as the technology develops to allow increased accuracy of finish, faster printing, and wider range of materials. As this improves, it could become the standard method of production for low volume complex or customised products and is already being used as such in the motor, aerospace and other engineering industries.

The medical sector is greatly increasing its use of the technology and is pioneering the development and deployment of 3D printing in a number of fields. The printing of live tissue and cells may see the possibility of 3D printing replacement organs to order in the future, which will obviously have huge implications for transplants. A 3D printed jaw has already been successfully implanted into a patient during facial reconstruction surgery, complete with the complex hollow bone structures necessary to allow blood flow.

Consumer use of 3D printing technology is also set to see huge growth, triggered in part by the expiry of the patents in 2013 and 2014 which cover the technology. It is entirely possible that domestic 3D printers will become commonplace in the home in much the same way that inkjet printers have. 3D printing companies are already offering a 3D printing service where files can be uploaded to their site and the 3D printed object shipped out to the customer. One disruptive effect this may have is that consumers may expect a higher degree of customisation with products that they purchase, and mass produced items may now have to leverage 3D printing technology to meet this demand. An example of this was the Nokia Lumia SmartPhone, where the CAD files for the case were made public, thereby allowing customers to customise their case design and 3D print it themselves. Even selected Staples retailers have 3D printers where customers can come into store and 3D print their own items, in the same way they might with posters or fliers.

No doubt the rise of this consumer influence will also see a rise in 3D ‘piracy’ – the ability to cheaply produce your own copycat item at home rather than purchasing it in a shop. The already notorious file sharing site, ThePirateBay, has a section for 3D files, downloadable in the same way as music and film files. The accompanying technology of 3D scanning may also exacerbate this problem, making it easier to capture the information necessary to 3D print an object quickly and accurately. Desktop consumer products are already available that combine 3D scanning and printing, so an object can be placed inside, scanned and then a duplicate printed.

3D printing may also offer a disruption in traditional distribution channels, and the accompanying business models. If looking for a simple replacement part, it may be easier to purchase a file from a website, download it and print it at home, rather than having it sent by the original manufacturer. How companies such as Amazon and eBay (which already have a 3D printing sections on their sites) adapt to these changes and embrace the opportunities will be very interesting to follow.

3D printing looks set to explode in the next year and presents huge opportunities in new and emerging markets. For designers, the ability to quickly and cost-effectively produce accurate, high fidelity prototypes is an invaluable part of the design process. New materials and techniques are also enabling highly complex and innovative designs previously impossible to produce, and the technology enables designers a method of low volume production of highly bespoke items. These huge advantages for designers do not come without potential pitfalls however. The proliferation and mass adoption of the technology and its accompanying capabilities will invariably make it harder to protect a design from adaptation, copying and reproduction, both authorised and unauthorised. 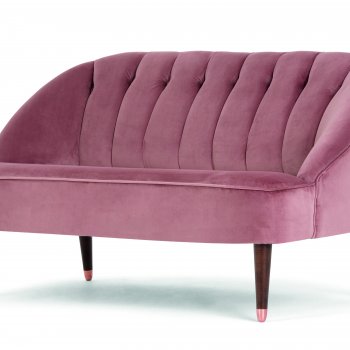 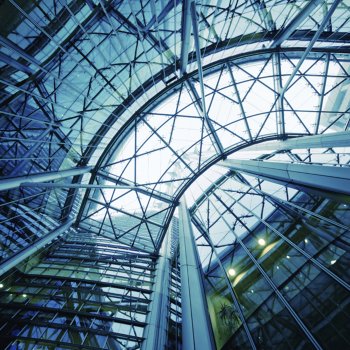 The importance of design in the workplace 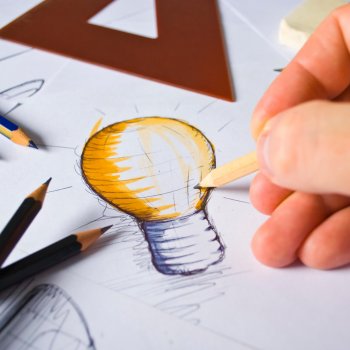 DesignWrites Team
Browse more articles in Interviews
Cookie consent
We use analytics cookies to help us understand if our website is working well and to learn what content is most useful to visitors. We also use some cookies which are essential to make our website work. You can accept or reject our analytic cookies (including the collection of associated data) and change your mind at any time. Find out more in our Cookie Notice.