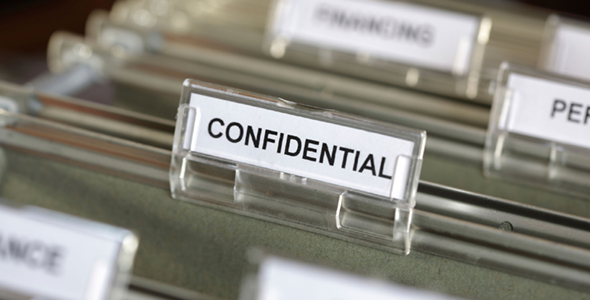 EU: Not all disclosures are created equal

The EUIPO Board of Appeal has drawn a distinction between types of disclosures of designs made during the 12 month grace period preceding registration, inferring that the protection will apply only to disclosures made to test the product on the market, and not to the disclosure of a design through first round filing and publication.

In June 2010, the French fashion house Isabel Marant filed for a Registered Community Design (RCD) for a shoe design (RCD 1). RCD 1 included photos and black and white line drawings of the shoe, as shown in Figure 1 below. Six months later, in December 2010, Isabel Marant filed a second RCD (RCD 2) for a very similar shoe design as shown in Figure 2 below. The only apparent difference between RCD 1 and RCD 2 was the difference in colour and tone. 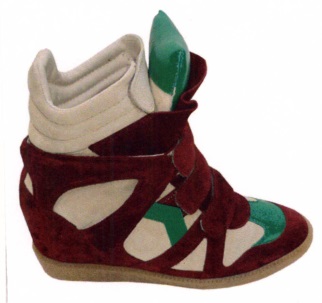 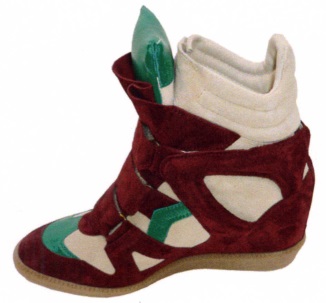 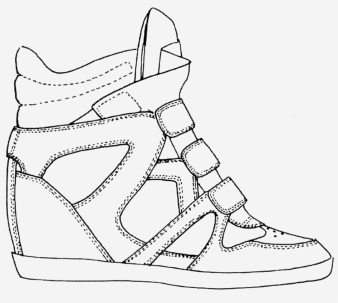 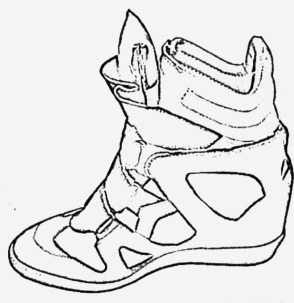 Skechers USA France applied to the EUIPO to invalidate RCD 2 on the basis that it lacked novelty and individual character, inter alia, over RCD 1.

Isabel Marant argued that RCD 1 should not be taken into consideration for the purposes of assessing the novelty and individual character assessment of RCD 2 because RCD 1 was disclosed by the designer itself within the 12 month grace period. It therefore fell within Article 7(2) of Community Design Regulation (EC) No 6/2002 (the ‘Regulation’) which provides that such designs should be disregarded for the purposes of assessing novelty and individual character. The Invalidity Division agreed, but on 27 October 2015 the Board of Appeal overruled this decision holding that (i) RCD 2 was devoid of novelty and lacked individual character over RCD 1 and (ii) Article 7 of the Regulation had been ‘misapplied’.[1]

A closer look at Article 7

According to the Regulation, a design may be protected as an RCD if it is new and has individual character,[2] meaning that no identical design must previously have been made available to the public[3] and it must create a different overall impression on the informed user.[4] A design is “deemed to have been made available to the public if it has been published following registration or otherwise, or exhibited, used in trade or otherwise disclosed”.[5] However, a grace period is permitted by Article 7(2) which effectively allows designers to ‘test’ their designs in public before deciding whether to file for RCD protection. The disclosure of the design by the designer during this 12 month grace period will not be taken into account for the purposes of assessing the novelty and individual character of the subsequently filed RCD (provided of course the filing was made within 12 months from the first public disclosure).

It was generally assumed that any disclosure by the designer during this 12 month grace period would not cause a problem for a subsequent RCD filing for the same design. However, the Board of Appeal has now found that the grace period only applies in instances where the design is made available to the public specifically to test the product on the market (for example through advertising campaigns or presentations to specialist press or potential buyers). As the filing (and subsequent publication) of an RCD was not part of such testing (rather it was simply an administrative act), it was not an Article 7(2) disclosure, and therefore had to be taken into account when assessing the novelty and individual character of a later filed RCD.

Whilst the Board of Appeal correctly notes that the stated purpose of the grace period in Recital 20 of the Regulation is to allow designers to test their designs in the market place for a limited period before deciding whether to seek RCD protection, Article 7(2) of the Regulation, which provides for the grace period, makes no distinction between different types of disclosures. It simply refers to disclosures “by the designer, his successor in title, or a third person as a result of information provided or action taken by the designer or his successor in title…during the 12 month period preceding the date of filing of the [RCD]…”. Despite the wording of Article 7(2), the Board of Appeal has seen it fit to read a further qualification into it – namely that it only applies to market testing disclosures and not disclosures which could be considered administrative in nature.

The Board of Appeal’s decision has two consequences in particular

Firstly, many designers will have previously adopted the practice of filing a first round of RCDs to protect the core design towards the beginning of the grace period before filing a second batch of RCDs later on in the grace period as the product is refined and tweaked, perhaps in response to market reaction. This is particularly common in the fashion industry for example, where designers may show their collections to press and buyers, and then develop the design for retail over the following months. These subsequently filed RCDs may now be vulnerable to a challenge. This effectively means that the 12-month grace period for a particular design ‘stops’ when an RCD is first filed and published. Any subsequently filed RCDs for a similar design can be invalidated by the first RCD.

Secondly, the designer must now consider whether a given disclosure during the grace period is likely to be considered as being for the purposes of market testing or for some other purpose, so as to determine whether it falls within Article 7(2). In some cases this will be clear, but not in others. This is an area of uncertainty.

Alternatively, designers may instead be inclined to wait until towards the end of the grace period to file all their RCDs as this will afford the designer the maximum time to amend, refine and tweak the design before needing to file it. However, in doing so, designers run a greater risk that, in the meantime, a third party may independently create and disclose a novelty/individual character-destroying design.

It remains to be seen whether the Board of Appeal’s decision will be appealed to the General Court.

[2] Article 4 of the Regulation

[3] Article 5 of the Regulation

[4] Article 6 of the Regulation

[5] Article 7 of the Regulation

Christophe is an Associate in our Intellectual Property practice, based in Paris. He focuses on providing legal advice regarding both transactional and contentious matters in all areas of intellectual property law, including software copyright licensing and infringement.