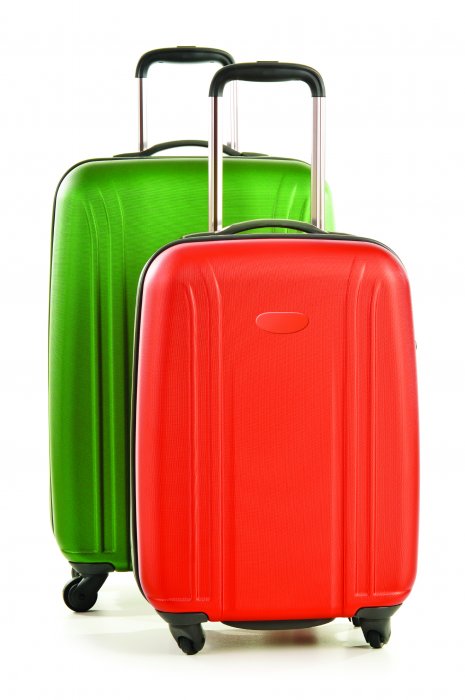 The Supreme Court has today dismissed Magmatic’s appeal against the Court of Appeal’s finding that its registered Community design (“RCD”) was not infringed by PMS’ Kiddee Case product.[1]

By way of background, Magmatic had alleged that PMS’ Kiddee Case products infringed the RCD (see images below), which protected its Trunki product.

At first instance in July 2013, the High Court (“HC”) found that the RCD had been infringed on the basis that the RCD and the Kiddee Case designs created the same overall impression.[2] However, this decision was overturned by the Court of Appeal (“CoA”) in February 2014, which found that there was no infringement.[3] Magmatic appealed to the Supreme Court (“SC”). On 9 March 2016, the SC dismissed Magmatic’s appeal.[4]

The SC regarded the CoA as having made three criticisms of the HC’s judgment:

Given these material errors in the approach taken by the HC, the CoA felt that it was entitled to reach its own view on infringement. The SC agreed, emphasising that an appellate court should only interfere with the decision of the trial judge where the trial judged had erred in principle in reaching his decision. The issue for the SC therefore was whether the CoA’s three criticisms were justified or not.

The SC agreed with the CoA that the overall impression created by the RCD was that of a horned animal. The SC noted that the HC had failed to mention the significance of the horns when addressing the RCD’s overall impression and the SC concluded that it had therefore wrongly overlooked this important feature of the RCD. Accordingly, the SC found that the CoA’s first criticism was justified.

(ii)       The impact of surface decoration/ornamentation

Turning to the question of whether a lack of surface decoration was a feature of the RCD in this particular case, the SC thought there were arguments both ways, but decided it did not need to reach a conclusion, given that the CoA had not done so either.

(iii)      The impact of the colour contrast

The SC noted that the CADs used in the RCD clearly showed a (non-specific) colour contrast between the body of the case on the one hand and the wheels and the strap on the other. Absent any other plausible reason for this, the SC agreed with the CoA that the RCD did not protect just the shape alone, but also the colour contrast between these features. The HC on the other hand had viewed the RCD as just protecting the shape alone and had not taken account of the colour contrast (which was absent in the Kiddee Case) when comparing the designs. The SC therefore agreed with the CoA’s criticism.

In conclusion, by agreeing that the CoA’s criticisms of the HC’s approach and that the HC judge had therefore materially misdirected himself, the CoA was entitled to reconsider the question of infringement and reach its own conclusion. Because the CoA had done so on the correct basis in law, the SC should be reluctant to interfere with the conclusion reached and indeed it would not do so. Magmatic’s appeal was therefore dismissed and the CoA’s decision that there was no infringement was upheld.

The Supreme Court’s decision, which is its first considering the Community design regime, will undoubtedly be met with disappointment by many in the design sector. It marks the conclusion of a long standing, but ultimately unsuccessful, battle by Magmatic to rely on its design registrations to prevent what many would see as a discount knock off product from competing on the market. It was widely accepted that Magmatic’s Trunki product was a highly innovative product, which had met with significant critical and commercial success, with numerous awards for its design. Magmatic had prudently taken steps to protect its design by obtaining Community registrations. It was further accepted that PMS entered the market with the specific intent of offering a discount model of the Trunki. Despite this, but with considerable sympathy for Magmatic, the SC had to agree with the CoA in finding that the design of Kiddee Case was just too far removed from Magmatic’s design registration to constitute an infringement.

This case emphasises that design registrations exist to protect the specific aesthetic design of a product and nothing more. Arguably much of the innovation in the Trunki product in fact lay not in its specific design, but in the underlying concept (i.e. a ride-on child’s suitcase in the shape of an animal). Unfortunately for Magmatic, design registrations cannot (and were never intended to) prevent a competitor from copying the underlying concept. To the extent that a concept is new and inventive, it might be protectable by patent rights which would prevent anyone from copying the concept, irrespective of the exact design execution used. However, obtaining patent protection is a more complex and costly process than obtaining design protection, and one that is often impractical for small designers.

The SC’s decision also emphasises the need for designers to think very carefully about how to best represent their designs graphically when filing. There are a number of options available to the designer to draw out certain important elements or disclaim unimportant ones, and line drawings, CADs and photographs will rightly continue to be used depending on what is intended to be protected. However, designers must be wary: the representations used will alone serve to delineate the scope of protection afforded to the registration and they cannot be amended, removed or replaced after filing. Thought therefore needs to be given up front as to what the design registration is intended to ‘catch’, and it should be tailored accordingly to maximise the chances of it doing so.