The case of Kohler Mira Limited v Bristan Group Limited related to the infringement of two Community registered designs and a number of UK unregistered design rights (“UDRs”) for electric shower units. In January 2014 the court found that three models sold by Bristan infringed certain of the UDRs owned by Kohler and so Kohler was entitled to damages in respect of this infringement. The resulting inquiry as to damages proceedings highlighted some of the factors to be taken into account when approaching the notoriously difficult exercise of calculating damages, which are summarised below.

The court held that while Kohler could in principle recover damages for lost sales of both protected products and sales of related but unprotected items (i.e. goods sold with the protected product or spare parts), this depended on whether such losses were “too speculative and too open to inaccuracy”. In this instance, since Bristan had significantly undercut Kohler in price, it could not be assumed that each of Bristan’s sales was a lost sale to Kohler. Absent sufficient evidence to enable the court to make an assessment of damages on the loss of profit basis, even on a rough and ready basis, Kohler was not able to recover damages in respect of lost sales.

Damages were therefore calculated on a reasonable royalty basis based on Kohler hypothetically licensing the infringed designs to Bristan. Where a comparable license was available, this would usually provide the foundations for the assessment of damages under this head. Where no comparable license exists, as was the case here, the defendant’s profits on sales needed to be calculated and then apportioned between the parties according to what might reasonably have been negotiated if Kohler were a willing licensor and Bristan a willing licensee.

Bristan had made an average profit of 22.2% on its sales price. Following the apportionment approach used by the UK Intellectual Property Office (“IPO”) in NIC Instruments Ltd’s License of Right (Design Right) Application [2005] RPC 1 (in which the IPO awarded 25% of the infringer’s profits to the claimant), the court elected to award 30% to Kohler since its designs “were something of a breakthrough in the industry”. Accordingly, Kohler was awarded damages based on a royalty of 6.7% of the net sales price of the infringing products.

While the court stressed each damages assessment will depend on its facts, this case does set out some useful guidance for design owners seeking to work out how much they stand to gain in damages if they succeed at trial. It also flags some of the difficulties inherent in calculating damages, particularly where the infringing product undercuts the genuine product (as will often be the case). Design owners should of course keep in mind that they may elect to pursue an account of profits from the defendant instead of damages and in some circumstances, doing so may prove more fruitful. 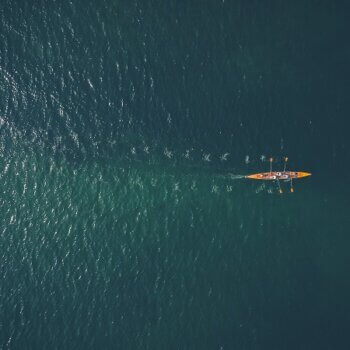 Jan Barenfaenger
Browse more articles in Legal Updates
Cookie consent
We use analytics cookies to help us understand if our website is working well and to learn what content is most useful to visitors. We also use some cookies which are essential to make our website work. You can accept or reject our analytic cookies (including the collection of associated data) and change your mind at any time. Find out more in our Cookie Notice.