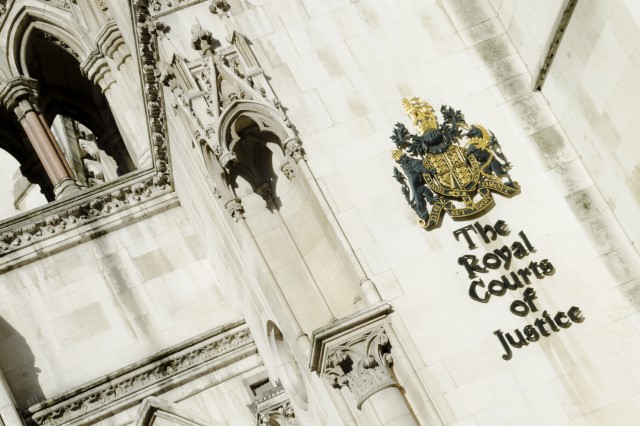 The recent case of UWUG Ltd v Derek Ball t/a RED ([2013] EWPCC 35; 30 July 2013) related to infringement of UK registered and unregistered design rights in a sling and portable frame from which such a sling could be hung, for use during sexual activities involving bondage.

UWUG Ltd (“UWUG”) was involved in the manufacture and sale of leather goods and Derek Ball, a mechanical engineer, was involved in producing metalwork for the fetish industry.

In 2009, Mr Haiss, a director of UWUG, and Mr Ball discussed the possibility that Mr Ball manufacture a frame suitable for use with one of UWUG’s slings. The parties dispute what was said and agreed between them: UWUG argued that it had commissioned Mr Ball to design the frame whereas Mr Ball denied this, and in turn argued that he had designed the frame himself without a commission from UWUG.

Despite this disagreement, a design was made and a number of frames were ordered by UWUG from Mr Ball. The parties subsequently fell out in July 2010 and UWUG applied to register the frame design in August 2010 (pictured below).

In early 2011, Mr Ball designed his own sling for use with the frame design, which he was ready to market. UWUG then issued proceedings in the Patents County Court against Mr Ball for (1) infringement of its UK unregistered design right in its sling designs and (2) infringement of its UK registered design right in its frame design.

For UK unregistered design right to subsist in the sling designs, they must: (a) be original (i.e. not commonplace) and (b) not fall within the “must-fit” exception which protects the features of shape or configuration of the sling which enable it to be connected to, or placed in, around or against, another article so that either article may perform its function. The Court found that the shape and configuration of the relevant parts of the sling were original and not excluded by the “must-fit” exception since the angles at which the straps were attached to the body of the sling, the distances between them and other elements, were not dictated by the need to fit the user and did not connect with the user in any way. Despite finding that the UK unregistered design right subsisted in the sling designs, Mr Ball was not found to infringe that right. This was because UWUG was not able to prove that it owned the design right in the sling designs: there was no evidence that the designer of the slings had assigned its rights to UWUG.

With regard to the frame design, which UWUG had registered, the Court had to determine whether UWUG was the rightful owner of the registered design and, if so, whether Mr Ball had infringed it. On the evidence presented, the Court found that UWUG had commissioned Mr Ball to design the frame in accordance with Mr Haiss’ pre-existing ideas in return for payment. Consequently, the design in the frame was owned by UWUG and Mr Ball was found to infringe that registered design.

(Currently, the commissioner of a UK registered or unregistered design is deemed to be the owner of the work. This is in stark contrast to the position under Community design and copyright regime, where the designer is the first owner of a work even if the work has been commissioned. Note that the Intellectual Property Bill, currently before Parliament, is set to bring the ownership provisions for UK registered and unregistered designs into line with those for copyright and Community designs.)

Zoe has experience in a wide range of intellectual property matters, particularly in the field of patent litigation. Zoe is an Associate in our Intellectual Property Group based in London.