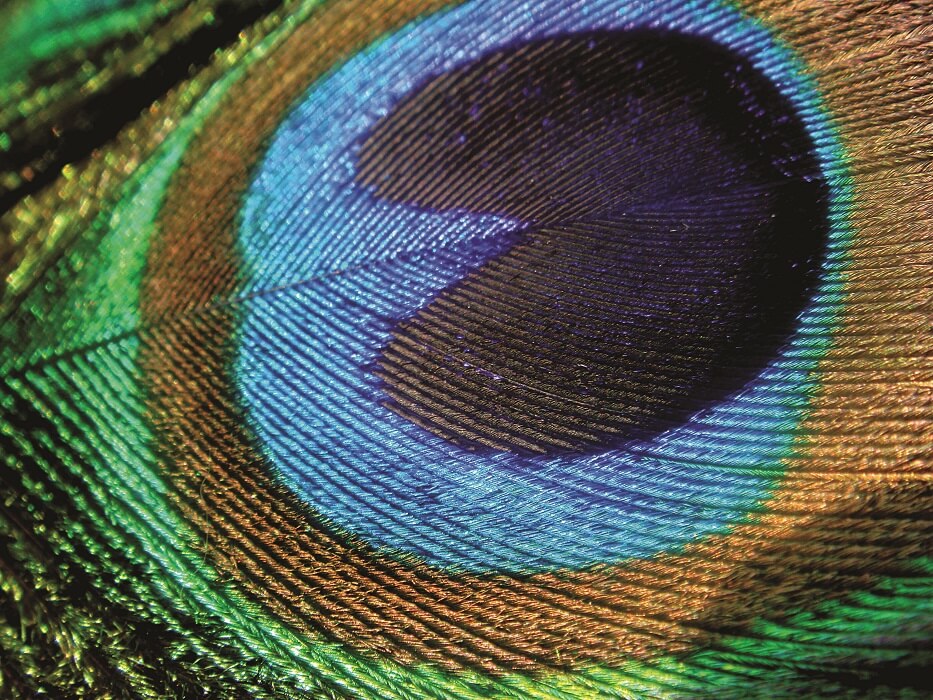 The case of Bodo Sperlein Ltd v Sabichi Ltd & Sabichi Homewares Ltd [2015] EWHC 1242 (IPEC) related to an allegation of copyright infringement in a tableware design called ‘Red Berry’, designed in 2001 by Mr Sperlein of Bodo Sperlein Ltd (BSL). The Red Berry collection was a signature collection of BSL. In 2013 BSL noticed that the defendants Sabichi had been selling items of tableware which BSL considered had been copied from the Red Berry design. The Sabichi range was called ‘Red Blossom’ and a comparison of the two designs is below: 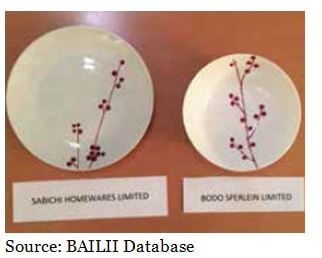 In order to establish copyright infringement in respect of artistic works such as the surface decoration on tableware, it must be shown that there has been copying of a substantial part of the original work. No copyright infringement will be found if a defendant can show that their design was independently created.

There is rarely clear evidence of actual copying. However, as noted in our report on John Kaldor Fabricmaker UK Ltd v Lee Ann Fashions Ltd (in our March 2015 edition of DesignWrites, page 18), if there is sufficient similarity between the works, then copying can be inferred; the more similar the works are, the more convincing the defendant’s evidence of independent design will need to be to overcome this inference.

In this case, the judge found that the similarities shown above were so great that they gave rise to an inference of copying. He noted various differences pointed out by the defendants (such as the smooth twig of the Red Blossom design as opposed to the more realistic and detailed appearance of the Red Berry design), but overall the judge considered that he would struggle to say which was which without close inspection. One key similarity was the colour; the judge found it unlikely that Sabichi would employ the same shade of red as BSL out of coincidence; Sabichi claimed that this was a shade from its standard colour palette, however the judge rejected this, noting that Sabichi had not submitted evidence of any other of its products using that same red.

The judge then considered Sabichi’s evidence of independent design. Sabichi’s designer was adamant that she had never seen any designs by BSL. However she did admit that she read the Sunday Times Style magazine and attended the 2006 Maison et Objet design show; in both of which the BSL’s Red Berry collection had been shown.

The judge was not convinced by Sabichi’s evidence of an alternative source of inspiration for the designs; although the designer stated that the inspiration came from photographs found on the internet. Overall he found that Sabichi had not explained away the similarities between the designs; although he accepted that the designer did not recall seeing the BSL design, he could not exclude the possibility that she had seen them but had now forgotten.

As a result, the judge found that there had been copying of a substantial part of BSL’s design, which resulted in copyright infringement.

The judge allowed an application by both parties to submit late evidence at the trial itself; however he was in particular critical of Sabichi for failing to provide relevant disclosure documents in a timely manner.

Usually, in English proceedings the question of liability and the question of quantum (damages) are dealt with in separate trials, with the liability part of the case dealt with first. However in the IPEC, which is designed for lower value IP disputes, these issues can be dealt with at the same trial, which occurred in this case. If the defendant is found liable for copyright infringement, among other remedies the claimant can choose between damages and an account of profit. In this case, the judge accepted BSL’s request from an account of profits from Sabichi – in other words, Sabichi was compelled to pay over its profits earned from the sales of the infringing items.

The court considered what costs could be deducted from revenue in order to arrive at an appropriate figure for Sabichi’s profits. The judge reiterated the rule that general overheads cannot be deducted – only costs which are associated solely with the acts of infringement. In this case, the judge allowed deduction of import duty incurred by Sabichi when importing the items from China, however he did not allow any general overheads. As a result, the judge awarded BSL over £30,000, plus interest.

This case highlights the importance of creating a paper trail when making a design. As well as the date of the design and the designer, the documentation should record the influences behind a design; this will help in the event of any future dispute, to either support the originality of the copyright work, or to rebut an accusation of copying.